I’m Coming Back On Monday

Today I’m talking with Steven Murray, who plays the character of Derek in The Guessing Game I first heard Steven’s story – a long battle with mental ill-health,  substance abuse and workplace mistreatment, at the Headtorch and University of Glasgow’s joint conference – Work’s Mental: Keeping Our Mental Health at Work Top of the Agenda. Steven’s talk made a big impact, I had never realised how much affect the workplace could have on your mental health, and I had never been so certain that it was absolutely vital to start talking about it. Hearing his story again, what surprises me is that it doesn’t end when he feels healthy enough to go back to work. This is what Steven told me.

“I told them I was coming back on Monday, and they just said, “ok.”

That morning no-one came by the house to ask how I was doing, so I could tell them if I felt a little bit nervous. I went in cold; there was no genuine engagement with how I was feeling. You just had to get on with your work.

I came in and didn’t know if there were any new procedures, any new service-users, any new staff, I didn’t know anything. I was thrown in there, and just had to get on with it. It was really, really bad.

There was no contact. Nothing from my line manager, no supervision. No-one even asked me how I was getting on.

And I went straight back into my role; I was even asked to supervise the staff. It wasn’t a phased process. They put me straight in charge of whole buildings of people in sheltered accommodation; it is frightening when you think about it.

It was really, really bad”

Today, almost 50% of long term absences from the workplace are due to ill-mental health, these are most often issues such as anxiety or depression. (1) Employees returning to work most commonly fear discrimination, bullying or a relapse.

Mismanagement and an abysmal lack of care meant that for Steven these fears became realities, and in fact, coming back to work was not an end to his mental health issues. Everything resurfaced, only worse, and the cycle continued. Steven went back to work four times, and nothing ever changed, no one ever asked him,

“How are you getting on?”

Stories such as Steven’s highlight how vitally important the process of going back to work is, and that it needs care and attention in order for it to be successful. A good start is for the employer to engage in meaningful conversations with the employee before they return to work. These conversations need to be at a mutually agreed time and place.  The employer needs to be prepared to listen, to empathise and to move forward at the employee’s pace.

Whether you are employer or employee, what are your top tips for best practise in return to work?

…And for the record, Steven is getting on fine. He’s always putting his hands up; he’s telling everyone he has mental health.  Just like everyone else. 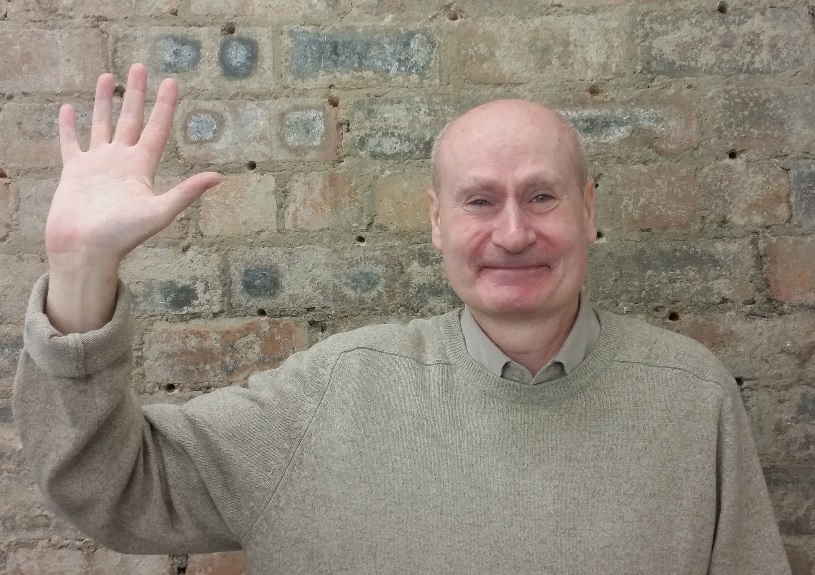 Who’s the Gold Medal winner?
Simone Biles pulled out of the Olympics due to her mental health. She felt able to speak up and speak out publicly.  This is a great day to celebrate her ability to be open and to say (sic), “No, I’m not feeling well so I need to stop and look after myself.” Is this something […]

Motorbikes & Mental Health
“When you say the words “physical health” they conjure up positive thoughts. I like to think about mental health in the same way. To me, mental health means feeling great, it means I’m on top of things, life is good, I’m having fun and feeling fit. Like physical health, looking after mental health takes conscious effort, […]

Stephen McAllister on Mental Health
“Mental health for me means being able to remain calm and focused when under pressure, while maintaining a sense of perspective whether things are going well or not so well. It’s about being able to bounce back when faced with a difficult challenge. It’s about connection with family and friends, celebrating their success and achievements. […]

Self-Awareness – Nick Payne
Nick Payne talks about:  Self-Awareness, everyday tips to supporting people’s mental health at work At June’s First Thursday Wellbeing Hour Nick Payne, On Sales Trade Director at Budweiser Budvar UK Ltd, wowed us with his straight forward approach to self-awareness. Here’s just one example for you: Ask someone you work with – preferably not your best buddy – for feedback. We […]

headtorch.org/whos-the-gold-… ... and the Gold Medal winner is ....Mental Health every time! #mentalhealth has to be gi… twitter.com/i/web/status/1…

About a month ago

@Glasgow_Watch big thanks for RT